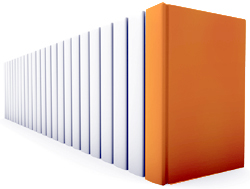 From when it was set up until the end of 1993, IRIS was managed by Fundesco . After 1991, when the promotion and launch phase was considered complete, the IRIS Programme became RedIRIS. Between January 1994 and 2003 RedIRIS was managed by the CSIC (Spanish National Research Council).

In January 2004 RedIRIS was integrated as an independent department with its own identity within the Public Corporate Entity Red.es, reporting to the Ministry of Industry, Energy and Tourism.